Can a Russian egg cost millions?

Do you know what the most expensive eggs in history are? As you can imagine, they do not come from an animal. They were gifts that tsars Alexander III and Nicholas II gave to their families over 100 years ago and were created by the jeweler Peter Carl Fabergé. They are the world-famous Faberge eggs.

A gift that very few could afford

If you were the ruler of the world's largest country and had absolutely everything you want, how could you show your love to your wife? This is what tsar Alexander III (1845-1894) must have thought when he decided to give his wife, Empress Maria Feodorovna, something different for Easter. In Russia, tradition says that you have to exchange Easter eggs, but the tsar must have thought that regular eggs were not enough.

In 1885 Alexander III asked Russian jeweler Peter Carl Fabergé to create a unique gift. The result was an egg similar in size to the one of a hen, that even contained a chicken inside. The peculiarity was that the egg and the chicken were made of gold. The gift pleased the Empress so much, that the tsar asked Faberge to create a new egg every year. The only condition was that each year the egg should be different and should have a surprise inside. The first egg was the smallest and least sophisticated. Yet its current value is four million dollars. 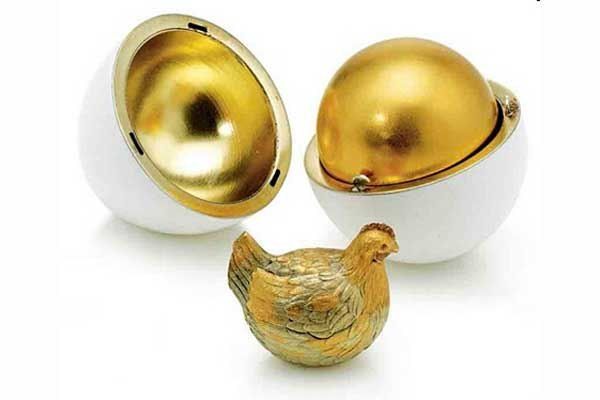 Alexander III lived long enough to give his wife ten eggs, which grew in complexity each year. But the champion ordering these gifts was the next tsar: Nicholas II, who gave his wife 23 eggs. In addition, to avoid provoking the jealousy of his mother, Nicholas II also gave her the same eggs. Thus, Maria Feodorovna owned a total of 33 Fabergé eggs, 10 from her husband and 23 from her son.

As time passed, Fabergé eggs had to get better and better. It was not enough to simply fill eggs with precious stones and expensive metals. Thus, Fabergé began to use mechanical watches and set tiny buttons that would show additional surprises. For example, the egg "Lilies-of-the-Valley" has a mechanism that shows three miniature portraits of the Tsar and his two older daughters. This egg was sold for 18 million dollars.

Although Fabergé was the official jeweler of the Russian imperial family and spent most of his time creating jewelry for them, he managed to find time to design eggs for others. The most notable was Ferdinandovich Alexander Kelch, a millionaire owner of gold mines in Siberia, who did not want that his wife Barbara were less than a tsarina. Therefore, he commissioned Fabergé seven eggs that had the same complexity as those made for the tsar.

In total Fabergé created 13 eggs that were not meant for the tsars. He even gave one to Alfred Nobel, the “Nobel ice”. Of all the eggs which were not created for the imperial family, the most famous is the "Rothschild egg", an egg produced in 1905 as an engagement gift that was sold in 2007 for 12.5 million dollars. This sale set three records: most expensive clock, Russian object and Fabergé egg ever sold. 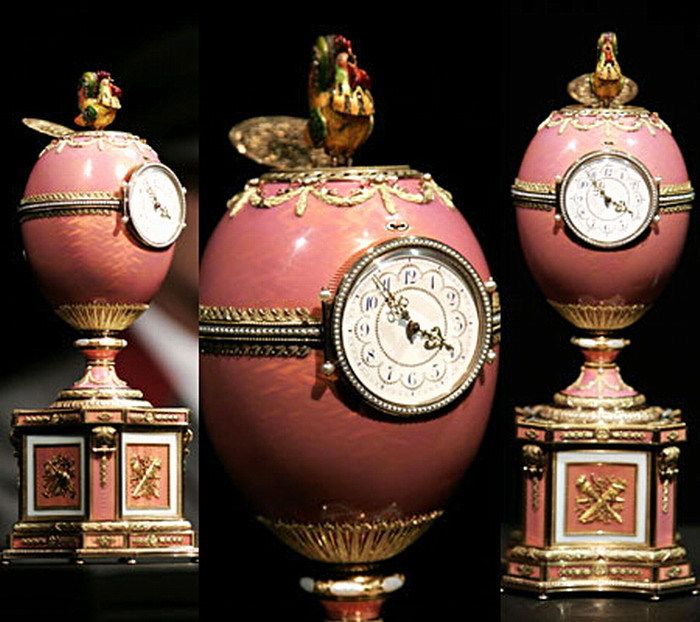 Could we see some of these works of art?

We are lucky, as many of these eggs can be admired at public exhibitions. We can see the largest collection of these eggs (a total of ten) at the Kremlin Armory in Moscow. Other places where we can see these objects are: the Tower of London (three), the Palace of Monaco (one), the Art Museum in Virginia (five), the Museum of Art in New Orleans (three) and Hillwood Museum in Washington (two).

But if we want to see the world 's largest collection of Faberge eggs in private hands, we have to go to the palace-museum Shuvalov in St. Petersburg. There, Russian billionaire Viktor Vekselberg exhibits the 9 eggs he bought at an auction to the Forbes family for 100 million dollar. It includes the first egg that Fabergé made for tsar Alexander III.