What happened in the last week of April in Russian history? We will see a remarkable return of a priceless work of art or the renaming of the main entrance of the Moscow Kremlin. Also, it was in late April when the first Soviet compact car was built, and the first two jet aircrafts took off. Two major Soviet projects also took place in April: the Aswan Dam and the first nonstop flight to America. Also, we will discover the spectacular operation that doctor Leonid Ivanovich Rogozov had to perform on himself.

On April 26, 1658, Tsar Alexei Mikhailovich I "the Quietest" changed the name of the Frolovskaya Tower of the Moscow Kremlin. The new name was Spasskaya (Saviour) in honor of the Savior of Smolensk. To thank the divine intervention in the Russian victory against the troops of Khan Makhmet, an icon of Christ was painted on this tower’s door. This tower is one of the best known of the Kremlin, and it is the main entrance to all areas. Its clock marks the official Moscow time. When the tsars crossed its door, they had to take their hats off as a sign of humility. 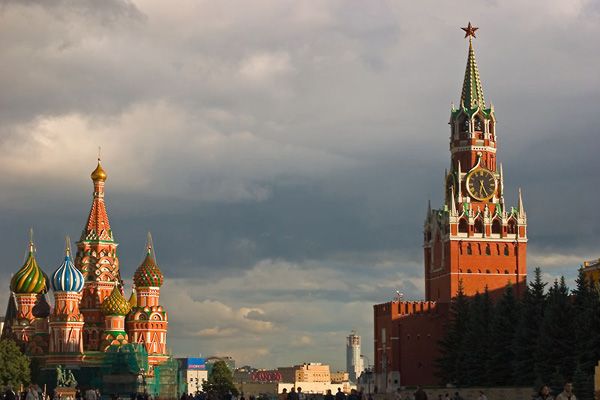 On the left, the SaviourTower. The on the right St. Basil’s Cathedral

Return of the Amber Room

On April 29, 2000, the German government gives back to Russian authorities a mosaic and a piece of furniture that belonged to the Amber Room in the Catherine Palace of Tsarskoye Selo. This room was a gift from Frederick I of Prussia to Tsar Peter the Great in 1716. During World War II, it was looted by Nazi troops and disappeared entirely, without knowing the whereabouts of most of its pieces. When the tsar was presented the room in the eighteenth century, the value of amber was twelve times that of gold.

April 25, 1940: the first prototype of a Soviet compact vehicle, the KIM 10-50, is built based on the British car Ford Prefect. Disgusted by the car’s appearance, Stalin ordered a new vehicle to be designed. Thus, the Moskvitch 400 was born. This time an Opel Kadett was used as a model.

On April 24, 1946 the first Soviet jet aircrafts take off, only two hours apart from each other: The MiG 9 and the YAK 15. Around 800 units were built. The MiG 9 was the first aircraft manufactured with an ejection seat, which was first used in 1947. 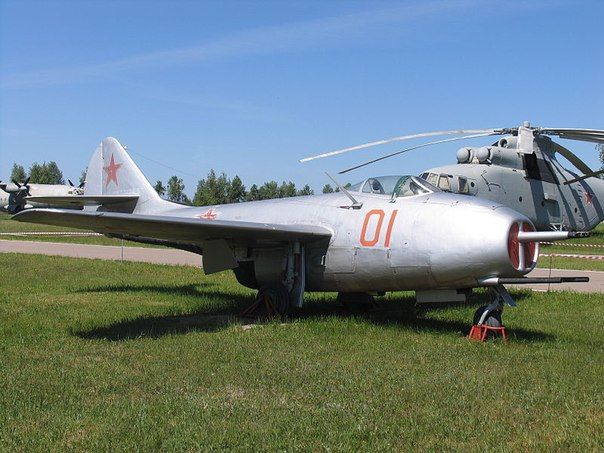 April 28, 1939: Russian pilot Kokkinaki made the first nonstop flight between Moscow and North America, covering a total a distance of over 8,000 kilometers. He flew a 30 CBD called "Moscow". Although his intention was to land in New York for the opening day of the World's Fair of that year, he had to do it on an island in Canada, due to poor visibility on the American coast.

On April 27, 1959 the USSR and Egypt sign an agreement to finance the Aswan Dam, one of the largest ever built. After the United States' withdrawal from the project, the USSR agreed to fund it as a means to get politically closer to Egypt. One consequence of this work was the flooding of 24 Egyptian temple sites. The temples were saved by moving them to safe areas. Some of them were given to friend countries.

Satellite view of the Aswan Dam

While in the Antarctic station Novo Lazarevskaya, Russian doctor Leonid Ivanovich Rogozov suffered from appendicitis and was forced to perform an operation on himself, on April 30, 1961. With the base’s meteorologist’s help and a bit of anesthesia, Rogozov got his own appendix removed and saved his own life. His case of self-surgery is still being studied today.