If you jump into a wrestling ring and they tell you that you have to face an opponent who is nicknamed "the Russian Bear", "The experiment" or "Alexander the Great", we recommend you to run away and not look back. Today we are going to learn about the man behind those nicknames. He is considered the best Greco-Roman wrestler in history.

We go to the year 1981. The great wrestling coach Viktor Kuznetsov was about to make one of his routine visits to Soviet schools looking for talent, when he saw an unusual kid. His name was Alexander Karelin, 14 years old, 1,74 m tall and 78 kilos. Kuznetsov knew immediately that before him was a future champion. This coach did not know that Karelin had made it clear he was born for “big” things: he was born as a 6,8 kg baby. Now, as a teenager, he was ready to work on his fighting skills to win titles and medals for the Soviet Union.

After a few years of training, Alexander Karelin had finished his growth and had reached 1,92 m and 130 kg. During this time, he broke his ribs eight times, both his hands, one leg, and had several concussions. But in 1987 he began to win fights and did not lose for 13 years. 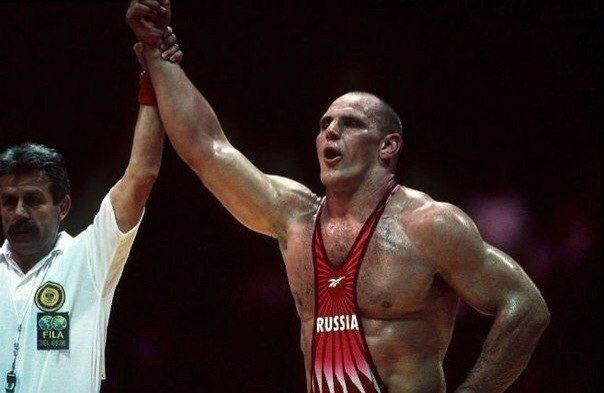 I can beat you with one hand

Alexander Karelin was arguably the best fighter of the moment, no one could beat him. He won every single bout for a whopping 13 years. His technique was discussed by most of his opponents because they considered it primitive. Karelin lifted his opponents (over 100 kilos ) and then violently slammed them onto the canvas causing a shock that would leave them knocked-out. Karelin perfected this technique so that this movement became known as the "Karelin Lift ".

Of all the bouts he faced during those years we can mention two physical challenges for the "Russian bear ". In the 1993 World Championship in Stockholm, Karelin broke two ribs. One of them even moved close to his liver. A German doctor had to help him, but Karelin won the championship anyways. Three years later in Budapest, Karelin suffered a massive hematoma that weighed one kilo and a half, which almost prevented him from using his right arm. Yet, he managed to win the championship using only his left arm. 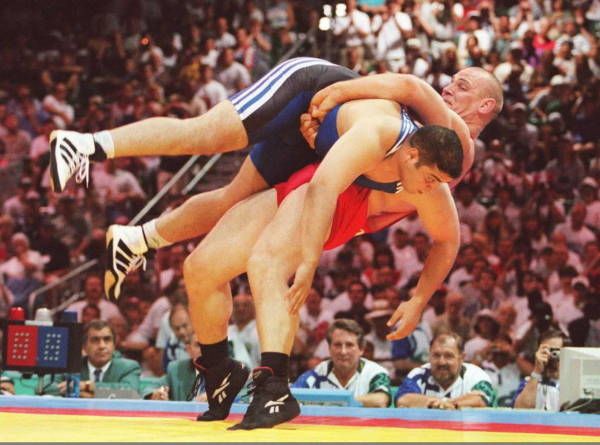 The records of Karelin

Saying that Alexander Karelin is the best fighter in history might seem bold, but we can have a look at these numbers to realize that this statement is quite true.

In addition to these milestones, he also won his only mixed martial arts fight (MMA) against champion Akira Maeda. In his long career, there was only one person who won a point and a fight in international competition, the American Rulon Gardner. The bout took place at the Olympics in Sydney in 2000, where Karelin would take the silver medal and Gardner won gold. This was the last fight for Karelin, as he retired after the Olympiad. He then went into politics to become a of member of the Russian parliament. We assume that today there are not many politicians willing to seriously discuss anything with “Alexander the Great".