On May 9, 1945, after six years of fighting and seventy million people killed, World War II comes to an end. It was the bloodiest conflict in the history of mankind. Today it is a holiday in Russia, where you can hear the phrase "СДнёмПобеды !" (Happy Victory Day!).

For most Europeans, this conflict is called World War II. On the other hand, Japanese and Americans fought the Pacific War. But for the Russians this war was the "Great Patriotic War". It was the same war, but with different names, which began in 1939 with the German invasion of Poland. The response to the attack came from the UK, which decided to fight back. Several countries joined shortly afterwards to fight against Germany. The war had begun.

The role of the Soviet Union

At the beginning of the war, the Soviet Union remained neutral under the agreements signed with Germany, which Hitler broke in 1941 when the Nazis began the invasion of the Soviet Union. At that time, two sides appeared. On one side were the Axis powers: Germany, Italy, Romania, Japan and Finland; and on the other side, the Allied countries: UK, USA, France, Soviet Union, Poland, Australia and Canada. In addition to those states, World War II influenced in one way or another most of the world, as only nine countries remained neutral throughout the conflict.

Hitler’s Germany began the war with significant victories and conquests, but the entry of the Soviet Union in the conflict was a decisive factor. Hitler lost two thirds of its military power trying to reach Moscow, which also explains the tremendous loss of civilian and military lives on the Soviet side. For years, Germany and the Soviet Army fought against each other in Moscow, Leningrad or Stalingrad. Finally, in 1945, the Red Army reached Berlin, and the war ended. The generals from the Allies did not like this Russian move, but without it there would have been a historical injustice for the Soviets who sacrificed an entire generation to achieve the final victory. 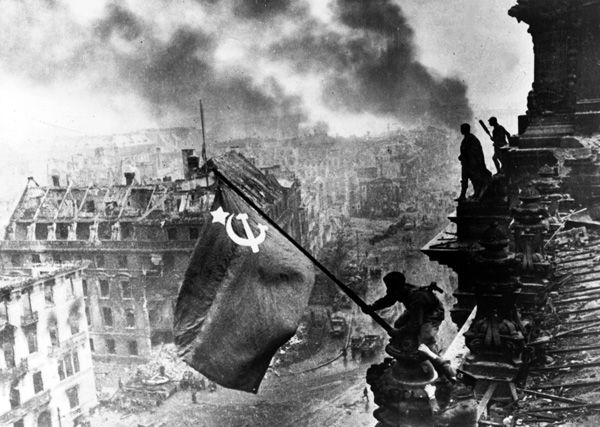 When did World War II end? This is a simple question, but the answer is more complicated than it seems. If we asked a regular soldier, he might answer that World War II finished on April 25, 1945 when the Allied and Soviet fronts eventually met. A British general would probably say that the war concluded on May 8 with the German surrender. An American would say that the conflict came to an end on September 2 with the Japanese unconditional surrender in the Pacific War. Finally, a Soviet soldier would say that the war ended on May 9. The only thing everyone would agree on would be the year: 1945.

The date regarding the Pacific War is due to the fact that it was a conflict with no connection with the fighting in Europe and Africa. As for the different dates in Europe, they are due to political and military misunderstandings. On May 7, 1945 the German army High Command signed their surrender in Reims, France, before the Allied High Command. That day, representatives of the British and American High Command were present, and a representative of the Red Army named Ivan Susparoff. Susparoff tried to contact Russian General Zhukov to ask if the Soviet Union had to sign the document. He did not receive any reply and signed it together with the rest of the Allies. Thus, the war officially ended the following, May 8, 1945. 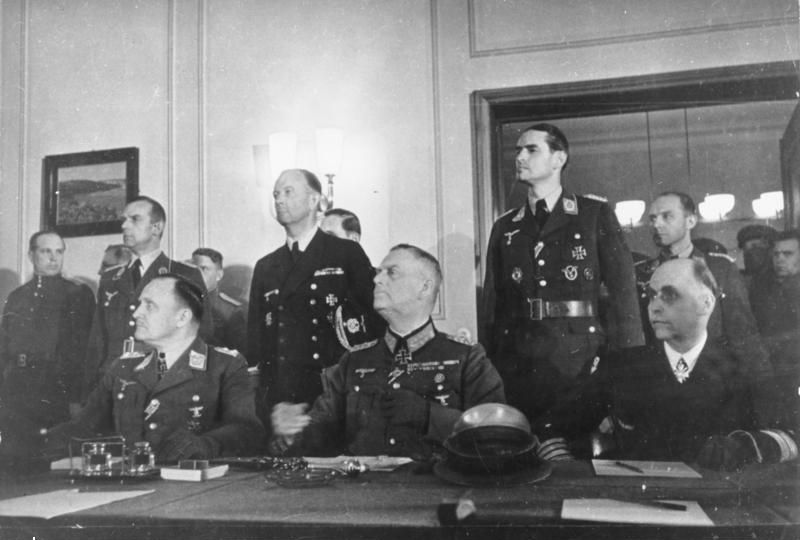 May 9th, the Victory Day

Zhukov, upon hearing the news got remarkably enraged. He had been the leader at Stalingrad, Leningrad, Moscow, and it was he who entered in Berlin, and yet, the Germans were not signing the surrender before him. But using his exceptional skills as a strategist, Zhukov informed the Allies that the Soviet Union considered the surrender of May 7 as partial, since it had not taken place before the head of the Red Army, making it possible that the Germans could continue fighting on the Eastern Front. This possibility was a remote one, since the Soviets had shattered the German forces, and they were unable to keep on fighting. But Zhukov achieved his aim: the German General Keitel surrendered to Zhukov officially on May 9, 1945 in Berlin's Karlshorst. 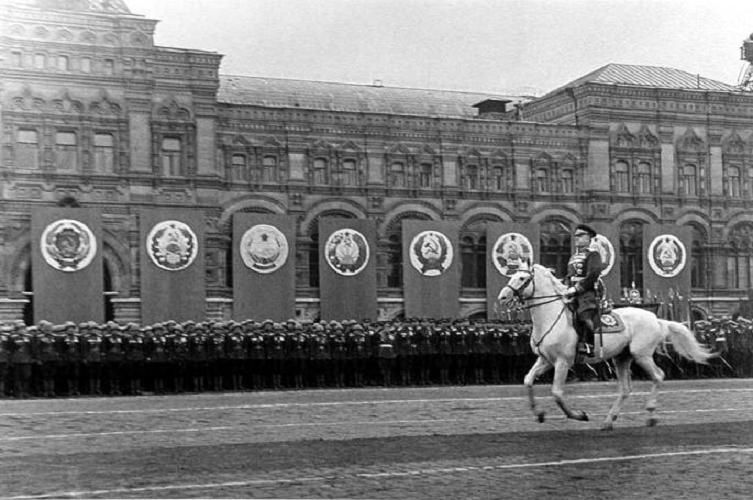 Today in most of Europe and the U.S. celebrations of the end of World War II are a minor event, but in Russia and other countries of the Soviet Union, it is a national holiday. Every 9 May, a large military parade takes place on Red Square in Moscow, with thousands of soldiers, tanks, missiles and aircrafts. Legend has it that in the years of the Cold War, these parades became so big, that Soviet leaders considered demolishing St. Basil Cathedral to increase the space for larger ceremonies. The first Victory Parade was held on June 24, 1945 and was led by Zhukov himself on a white horse. It is said that this honor was reserved for Stalin, but his quality as a rider was so bad that he fell from his horse during rehearsals and decided to follow the parade with the rest of authorities.