The first kamikaze in history was Russian

If we think of a kamikaze (that is, a suicide attack on a plane), the first image that comes to our mind is a Japanese pilot in his Zero airplane, on a collision course to an American warship. But actually, the first kamikaze in history was a Russian pilot who fought in World War I. 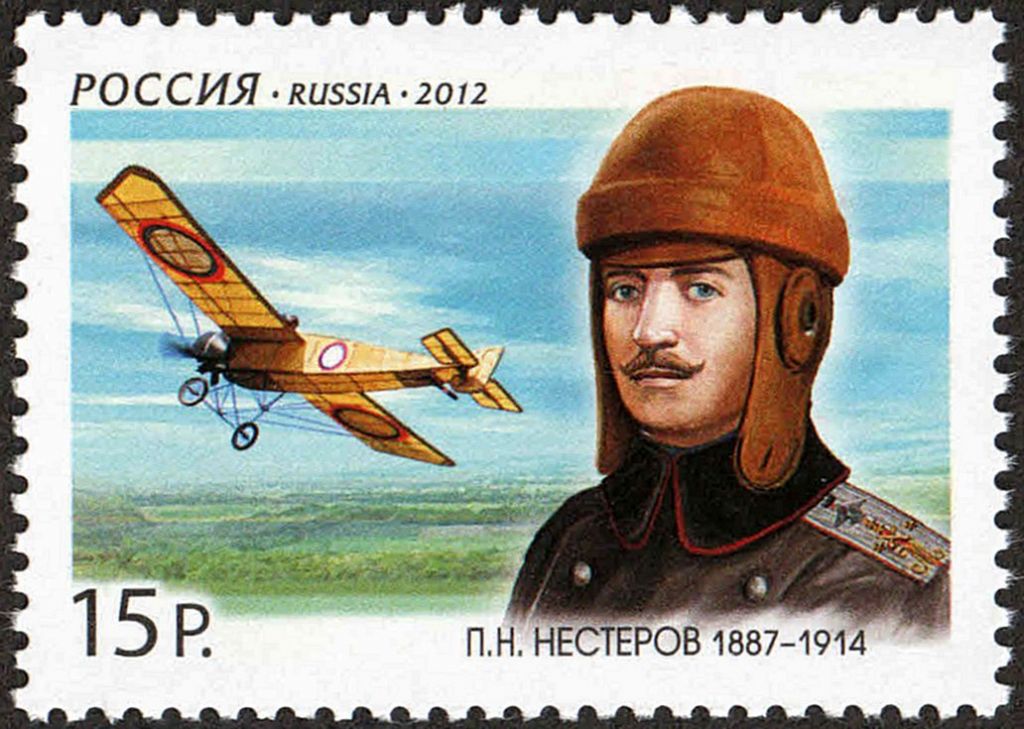 The first loop in history

Before reading about the first kamikaze attack, we will find out more about the figure who had the dubious honor of being the first. His name was Pyotr Nesterov (1887-1914) and was a Russian pilot in the early days of modern combat aviation.

Nesterov had very radical ideas about how to fly a plane. While every official thought of a military aircraft as a reconnaissance vehicle that could fly away from danger, Nesterov saw a new way of war strategy. On August 27, 1913 Nesterov was the first pilot in history to perform a loop, a maneuver which surprised his commanders and showed that planes were able to do much more than what they first thought.

However, two weeks later a Frenchman named Adolphe Pegoud did the same stunt and the Russians realized they had not registered Nesterov maneuver. Thus, officially the first loop in history was achieved by Pegoud who took the fame and money for this feat. Yet, in modern acrobatics, the maneuver performed by Pegoud is nowadays known as “Nesterov’s loop”.

The first suicide attack in history

When World War I began in 1914, Nesterov was a captain and commanded a squadron of planes. He was one of the first pilots to launch a bomb attack, which consisted in throwing grenades from the cockpit. His name became so famous, that the Austrian army offered a reward to anyone who could shoot him down. In those early years in the military aviation, planes did not carry any weapons and pilots would simply fire their guns or throw grenades.

On September 8, 1914 Nesterov spotted an enemy plane that was locating the Russian positions. Without much thinking, Nesterov threw his plane against the tail of the enemy’s plane, performing for the first time an “air ramming”. Both planes crashed and fell to the ground killing both pilots. Thanks to Nesterov, the enemy did not know the position of the Russian trenches. He had sacrificed his life using his own plane as a weapon.

Nesterov was buried in Kiev and Tsar Nicholas II awarded him the Order of St. George posthumously. The air ramming was widely used by the Germans in WWII. However, plane suicide attack became world famous with the Japanese kamikazes.

The Russian pilot Pyotr Nesterov (1887-1914) was the first person in history who did a loop and a suicide attack on a plane. However, he is not remembered for any of this. Can you think of any Russian (writer, inventor, scientist, artist, athlete,...) that history does not rightfully remember despite having done something important?