The history of inventions is often surrounded by controversy because of one question: Who was its real inventor? Very often in history, someone creates a new product. It is a brilliant idea but, for different reasons it is ignored until someone else in a different part of the world, starts selling the same creation. This person gets the fame and worldwide recognition, while the original inventor is forgotten.Russia and the Soviet Union have been the birthplace of great creators. Their inventions sometimes did not reach the Western world or they did, and it was too late, when the same product had been put up for sale by someone else. Today we will talk about five inventions, and it may surprise you to know they were first created in Russia.

You may have heard that, according to history, the first mobile phone was invented by Motorola and was introduced in 1973. But in Russia they had already been working for years with those sort of devices. In fact, it is credited that the father of mobile phones was the Russian engineer Leonid Ivanovich Kupriyanovich, who began investigating with radio waves in 1955.

A surprising fact, and not very much remembered, is that in 1957 he had succeeded in creating a "phone" device with a 30-kilometer reach which worked with batteries. But his greatest invention was the "Altai", a phone the size of today smartphones, which allowed user to call other "Altai", phone booths or conventional telephone landlines. It went on sale in 1963. So mobile phones existed in the Soviet Union ten years before the introduction of the "first mobile phone" from Motorola! 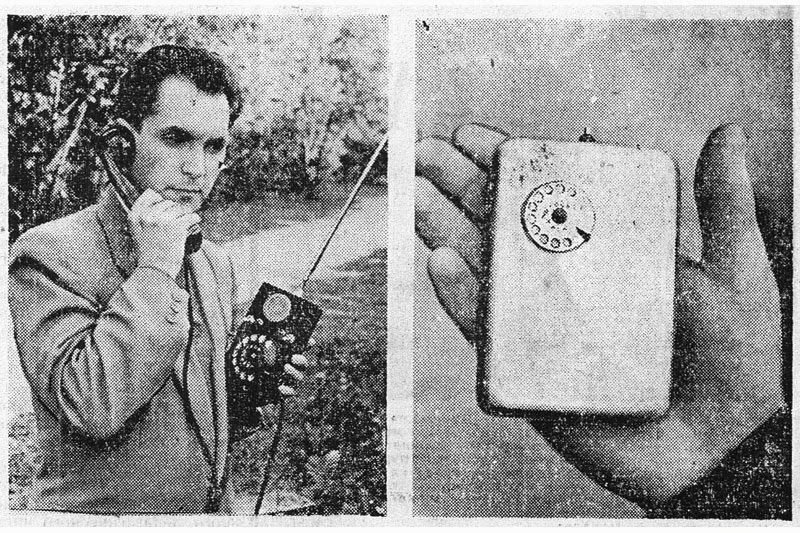 Kupriyanovich with two of his mobile phone models

The history of computing is so complex that when we ask who made the first PC, the answer is unclear. Most of us think of Steve Jobs and Steve Wozniak in 1976 building their Apple I in a garage and introducing the "world's first personal computer". Some experts believe that the first PC was the Altair 8800, born in 1975. Others believe that the first one was the Kenbak-1, created in 1971. And again, history may surprise us. The first personal computer was created in the Russian city of Omsk by engineer Arseny Gorokhov and called "Intellektor". His original design included a screen, a processor unit with a separate hard drive, a motherboard, memory, video card and even a sort of mouse to interact with the computer. This design was not built, although it was patented in 1968, almost eight years before the first Apple I went on sale..

Now let's talk about two related inventions: the backpack parachute and the braking parachute. Although Leonardo Da Vinci had already made designs for a parachute-like structure in the 1500s, it was not until 1911 when the Russian inventor Gleb Kotelnikov came up with a system of ropes attached to a silk canvas which were folded inside a portable bag. The first test of this invention was made in 1914, after which the parachute was introduced in the Russian army. Kotelnikov also designed large parachutes to slow airplanes down, so they required a shorter runway, but this invention was not used until 1937, when landing in the Arctic began. 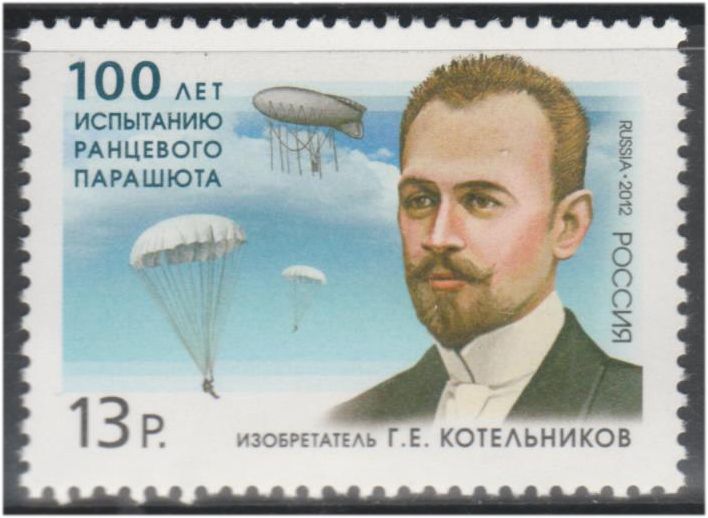 The invention of the light bulb is another interesting story. It is usually stated that American inventor Thomas Alva Edison was the father of this remarkable creation. But you have to read the "fine print" of his patent: Edison patented the first "commercially viable" bulb where he used already invented light bulbs, inside which he added a carbon filament, which was more stable at high temperatures. But the inventor of the light bulb was the Russian Pavel Yablochkov, who built an electric carbon arc lamp which worked with alternate current to keep it burning for a long period of time.

His invention was called the "Yablochkov candle” and it was not just a lab experiment. Yablochkov sold his bulbs, which brought light to important places such as the department stores Grand Magasins du Louvre in Paris and the Victoria Embankment in London.

What is that! Behind this strange name hides a Russian Cold War invention which is currently being redesigned and updated by leading armies around the world. The ekranoplane is something between a plane, a ship and a hovercraft, which was first developed in secret by the Soviet Union in the 1950s. The first time, Western spies spotted an ekranoplane, they called it "The Caspian Monster" because it was in that sea where the Soviets performed their tests. This vehicle can move at high speed because it hardly separates from the water, thanks to the so-called "ground effect", which also helps save fuel (the maximum elevation of the plane is about three meters above sea level). It can carry large loads and cross entire oceans. The first ekranoplane weighed 544 tons, measured 106 meters in length, had a wingspan of 42 meters and could reach 400 km/h. By the way, its inventor was Rostislav Alexeyev and if you are wondering where the name “ekranoplane” comes from, it is because in Russian the "ground effect" is called the "ecranniy effect" (экранный эффект). 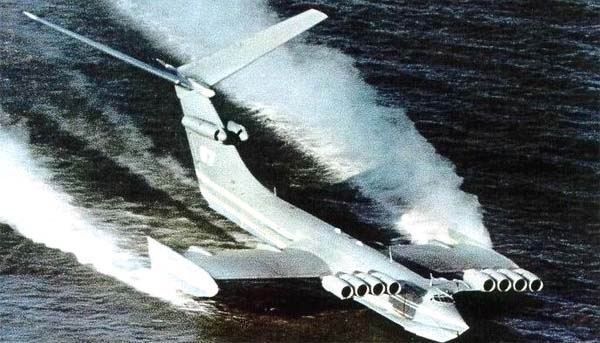