This week in the history of Russia and the Soviet Union we find two events related to the end of World War II: the first Victory Parade and the appointment of Stalin as Generalissimus. Also, this week of June is marked by other events, such as the ban on French products in Russia signed by Catherine the Great, the approval of the eight-hour working day or the first flight over the Arctic. And finally, we will know more about one of the greatest dancers of all time.

The first "Victory Day Parade" was held on June 24, 1945 to commemorate the victory over Germany in the "Great Patriotic War", name used in Russian for World War II. The parade was held just 46 days after the German capitulation. The most notable Red Army General, Georgy Zhukov, led the parade on a white horse. It is said that Stalin wanted to lead the parade on the same horse, but his terrible riding skills made him fall off the horse during a rehearsal and eventually he decided to watch the parade from the grandstand. 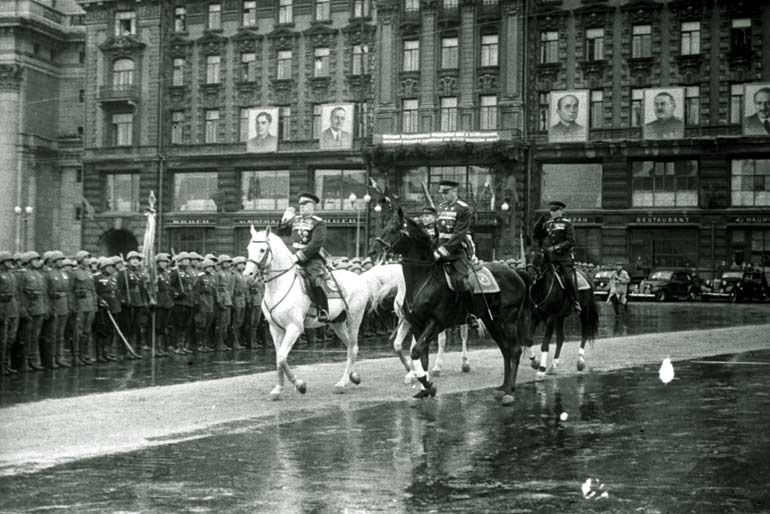 Zhukov on a white horse in the Victory Day Parade 1945

June 25, 1794: after the success of the French Revolution, the Russian Empress Catherine the Great bans the sale of French products in Russia. Since the beginning of the French Revolution in 1789, Catherine II was strongly opposed to the ideas of a more equal society, even though she had supported them in the past and tried to bring many French ideas into her empire.

On 26 June 1940 the 8-hour working day is introduced throughout the USSR. The idea of an eight-hour day, as it had been approved in the UK, had already been suggested at the second congress of the Russian Social Democratic Labour Party held in London in 1903.

Rescue in the Arctic

The first flight over the Arctic took place on June 29, 1914, although in reality it was a rescue mission. The Russian pilot Jan Nagorsky aboard an aircraft purchased specifically to France, had the mission to locate and rescue a Russian expedition that had got lost in their attempt to reach the North Pole. Although eventually the pilot failed to locate the expedition, his flight became the first in the Arctic. Nagorsky was also the first pilot to make a loop on a seaplane.

Taking advantage of a tour in Canada, the Soviet dancer of Latvian origin Mikhail Baryshnikov defected to the West on June 30, 1974. He first sought political asylum in Canada to later make it to the United States where he became a full citizen in 1986. Baryshnikov is considered one of the best dancers in history and the one who best interpreted the Tchaikovsky ballets. 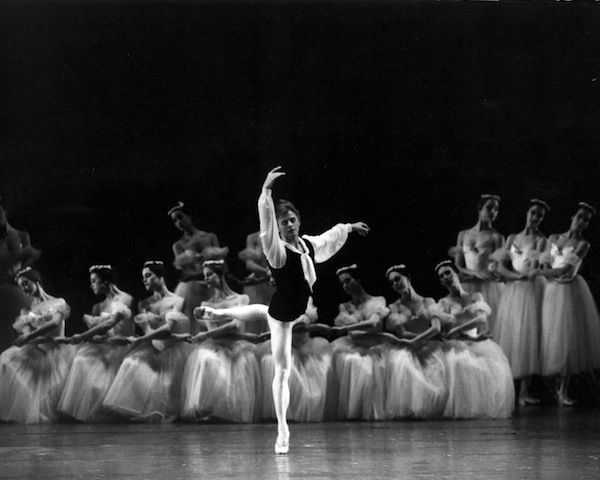 June 28, 1816: St. Petersburg inaugurates its stock exchange in the building where the now Central Naval Museum is located. The building was designed by the French architect Thomas de Thomon and is based on the Greek temple of Hera. With the arrival of the Soviet Union, the activity of the stock exchange disappeared and the building became the current naval museum.