We start the month of July in the history of Russia and the Soviet Union recalling the creation of the government of the USSR itself, the beginning of the Crimean War in the 19th century and the darkest moments for communism supporters in the USA. In this first week of July, many other important events took place, such as the nuclear accident of the K19, the first Soviet television broadcast or the birth of the Lomonosov-Lavoisier law.

The government of the USSR

The Russian army invades Moldova, starting the Crimean War, on July 2, 1853. Under the pretext of defending the artistic heritage of the Orthodox Church, the Russian Emperor Nicholas I invaded Moldova, which was under the Turk domain. The emperor sought out conquering a city by the Mediterranean Sea. The British and French Empire, along with Sardinia and Piedmont, allied with the Ottoman Empire for fear that Russia’s naval power in the Mediterranean could affect their trade activities.

Boris Yeltsin is elected president of the Russian Federation for a second term on July 3, 1996. This would be the last term for Yeltsin, since on December 31 1999 he submitted his resignation leaving Vladimir Putin as acting president. 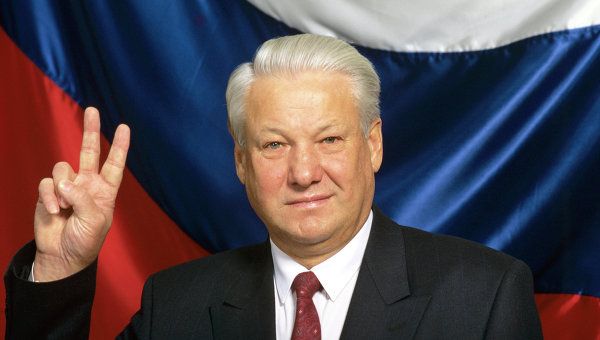 July 1, 1952: based on the Subversive Activities Control Act of 1950, the Communist Party in the United States is banned. This period is called McCarthyism after US Senator Joseph McCarthy, who led the search for any Communist sympathizer. This persecution was known as the "witch hunt" and became world famous for the pressure that McCarthy put on many members of the Hollywood film industry.

On 5 July 1748 the Russian scientist Mikhail Lomonosov enunciated the law of conservation of mass and motion in a letter to Swiss mathematician Leonard Euler. This is one of the fundamental laws in natural sciences. Currently, this law is known as Lomonosov-Lavoisier law. Another major contribution to science made by Lomonosov was the discovery of the atmosphere of Venus. 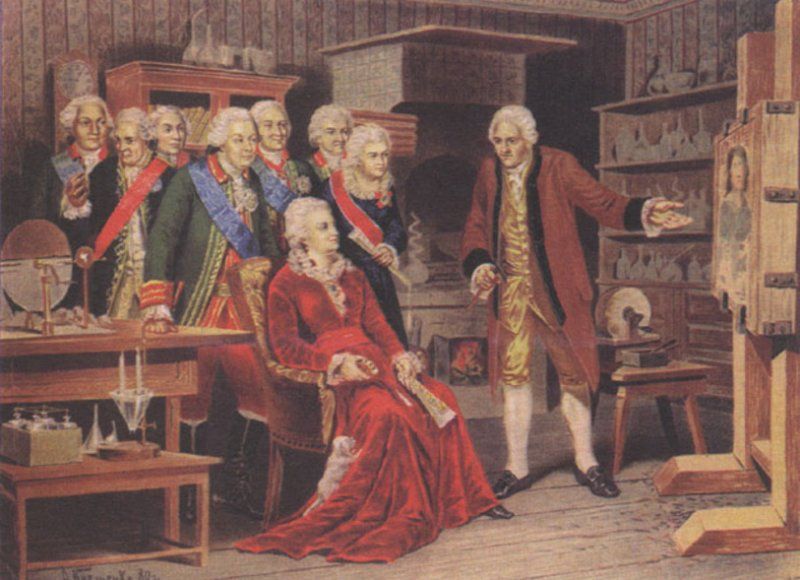 Catherine II in the laboratory of Lomonosov

The first Soviet submarine equipped with nuclear weapons, the K-19, suffered a breakdown in its reactor killing several of its crew members on July 4, 1961. During a war games exercise in the Atlantic Ocean, where the K-19 played the role of an American enemy, it suffered a complete loss of coolant to its reactor. The 22 crew members who managed to cool it down, died from radiation exposure.

The first television broadcast in the USSR was a concert in Leningrad and took place on July 7, 1938. For two hours, scientists from the National Research Institute aired film clips and concerts. The resolution of the first Soviet television was 240 lines.