Varyag, the Russian ship that should have a movie

During the Russo-Japanese War (1904-1905) a Russian cruiser and her crew reached the category of myth, and inspired other soldiers who were fighting far from home. This boat had an exciting life, which would make an excellent movie. We will discover her story now.

A boat that was born cursed

The story of the Russian ship named Varyag (Варяг), begins in the United States, when the Russian Empire contracted a shipbuilding company from Philadelphia to build a cruiser. She was launched on October 31, 1899. That day, when the Americans saw that the boat was going to be blessed by an Orthodox priest, they tried to use the traditional bottle of champagne thrown by a woman. The Russians stopped that ceremony. For the rest of her life, the Varyag would suffer constant breakdowns and, although as a warship she fulfilled her role, the fact is that most of the time she sailed with mechanical problems. 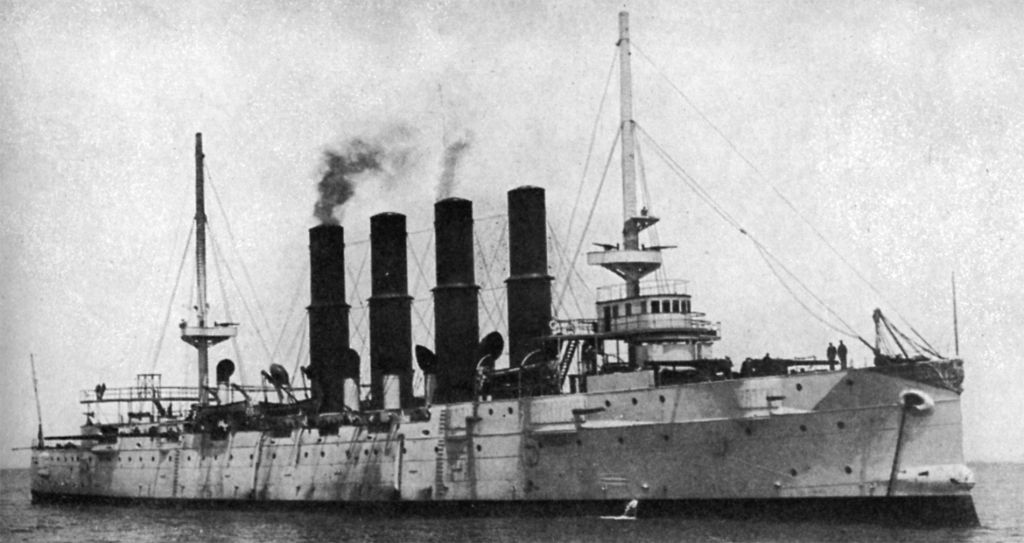 The first life of the Varyag: Russian samurais

The Varyag, under the command of Russian Captain Vsevolod Rudnev, had been designed for naval warfare to fight away from her base. She arrived at Chemulpo Bay in Korea, on 7 February 1904, in the wrong moment and in the worst circumstances. As usual, the boat had some technical problems and dropped anchor alongside several warships of other nationalities: an American, an Italian, a British and a French. The port was supposed to be neutral but the day after docking, the Russo-Japanese War broke out and a fleet of 14 Japanese ships demanded Captain Rudnev to surrender the boat.

This is where history is mixed with myth. Some historians say that Rudnev decided to attack and managed to sink several ships, others say that the Varyag was so damaged that when Rudnev was trying to reach international waters they were hit by the Japanese and others say that the Japanese gave the Varyag the opportunity to escape, but it was not accepted by Rudnev who did not consider this to be honorable. Regardless of what the real story was, the result was the same: Rudnev decided to sink his ship before surrendering it to the Japanese and evacuate his men to the other vessels that were anchored in the bay of Chemulpo.

After that, the Japanese allowed all Russian officers and soldiers to go, as they considered that the Russians had followed the samurai code, choosing to die on their ship rather than surrender. Rudnev was even honored in 1907 by Japan with the Order of the Rising Sun, although he never wore it in public. 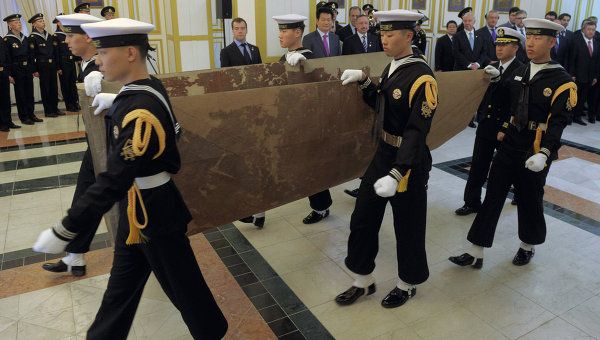 The other lives of Varyag

Despite having sunk in 1904, the Varyag’s life did not end there and finally showed that she was not the ailing Russian ship everyone thought. Two years after sinking in the Bay of Chemulpo, she was salvaged by the Japanese, who repaired and incorporated it to the service of the Imperial Japanese Navy for ten years with a new name: Soya.

In 1916, during World War I, Russia and Japan became allies. Soya was transferred to the service of the Russian Navy in Vladivostok, where she regained her old name Varyag. Just over a year later, while she was being repaired at an English dock in Liverpool, the 1917 October Revolution broke out and the English decided to sell the ship to a German company for scrap, for fear that the Bolsheviks did not have money to pay them. While moving to Germany the ship ran aground, so it was scrapped in place, while her remains sank.

Years passed and finally the Varyag’s hull was located in 2003 in good condition. Moreover, the original flag of the Varyag, which had been taken by Japan after the Battle of Chemulpo in 1904, had been taken to a museum after the defeat of Japan in World War II and later it went to Korea. From there, it was returned to Russia in 2010 as a gesture to commemorate 20 years of diplomatic relations between the two countries. The Varyag was not the most notable ships in the history of the Russian navy, but very few vessels had such an exciting life.

What other examples of ship, plane, or Russian weapon do you know whose life could make another good movie script?