We start a new month discovering interesting facts about the history of Russia and the Soviet Union. For example, the first supersonic airliner, the most famous artificial satellite in history and the first vehicle to orbit the Moon. All this happened in the first week of October throughout history. In addition, we will talk about Catherine the Great, an exciting chess match and the Nobel Prize laureate Aleksandr Solzhenitsyn.

On October 3rd 1782 Russian Empress Catherine II the Great establishes the order of Saint Vladimir to reward both military and civilians for their service. This order disappeared in 1917 with the fall of the tsars, but it was recovered in 1957 by the Orthodox Church to honor the patriarchs of this religion.

October 2nd, 1940: The government of the USSR issued a decree to develop an effective workforce in the country before the imminent World War II. Since most Russian men were preparing for war, the government mobilized those who were already 14 years old and gave them a 10-month training, instead of the usual three years.

October 1st 1977: the first supersonic airliner in the world took off for the first time. It was the Tupolev 144, which flew two months earlier than the French Concorde. It was also the first plane to carry passengers above the speed of sound. However, due to technical problems with one of their prototypes, only one unit was ever in service, flying with Aeroflot, and for only seven months. In 1999, NASA used the plane for supersonic flight tests. 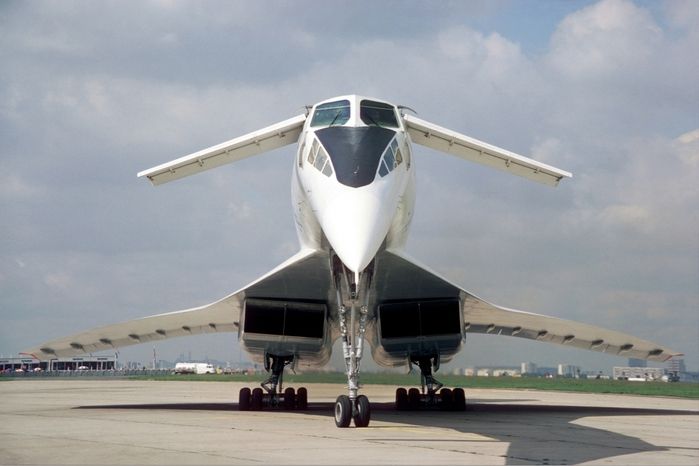 October 7th, 1959: the Luna 3 spacecraft becomes the first man-made object to make a complete orbit around the Moon. This satellite sent the first pictures of the far side of the Moon and the three seas on this side were given names. One of them was the "Sea of Moscow" (Mare Moscoviense).

On October 4th, 1957 the Sputnik 1, the first artificial satellite in history is launched. It was a 58-centimeter hollow aluminum ball, which broadcasted a radio signal that could be heard around the world. In total, it orbited the Earth 1440 times. 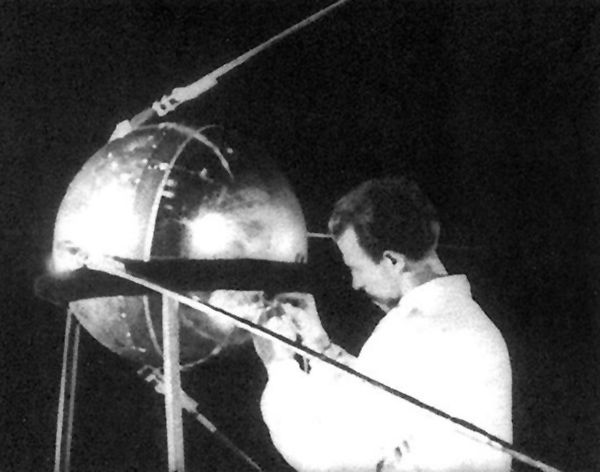 An engineer prepares Sputnik 1 to launch

The classical chess world champion Vladimir Kramnik plays in Bahrain a match against "Deep Fritz", the world's most sophisticated chess program, on October 5, 2002. The Russian won. But only two years later and against version 9 of Deep Fritz, Kramnik was defeated 4-2, losing a prize of 1 million dollars. 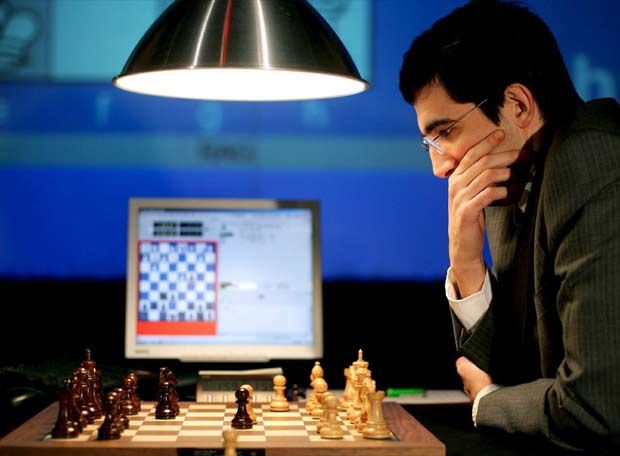 Russia in the Shadows

October 6th, 1920: British writer H. G. Wells, author of science fiction novels such as "The Time Machine" visits Russia and meets with Lenin. On his return to London, he writes "Russia in the Shadows", a compilation of articles. Thanks to the author’s friendship with Lenin, the book could be read in Russia.

Aleksandr Solzhenitsyn is awarded the Nobel Prize in Literature on the 8th of October 1970. He became the writer with the least active years to achieve this honour, since his first novel had been published only eight years earlier. Due to political problems with the Soviet government, Solzhenitsyn decided not to go to Stockholm, for fear that he would not be allowed back to Russia.