What are we doing talking about a 100% American brand like Pepsi in a blog about Russian history and culture? We are going to discover one of those stories that seem to be taken from a spy movie. Chance and opportunity wanted that Pepsi became the first Western product in the USSR… and the owner of part of the Soviet war fleet.

It all happened because of Khrushchev sweating

At the exhibition, Soviet leader Khrushchev and Nixon met. They were watching the latest in American technology and consumer products, when they began a discussion about the benefits of communism and capitalism. The heated conversation, plus July’s hot weather, made Khrushchev sweat noticeably. Donald M. Kendall, at that time vice president of marketing of Pepsi, runs to help Khrushchev and handed him a glass of Pepsi. The resulting picture went around the world and was the best advertisement for Pepsi. 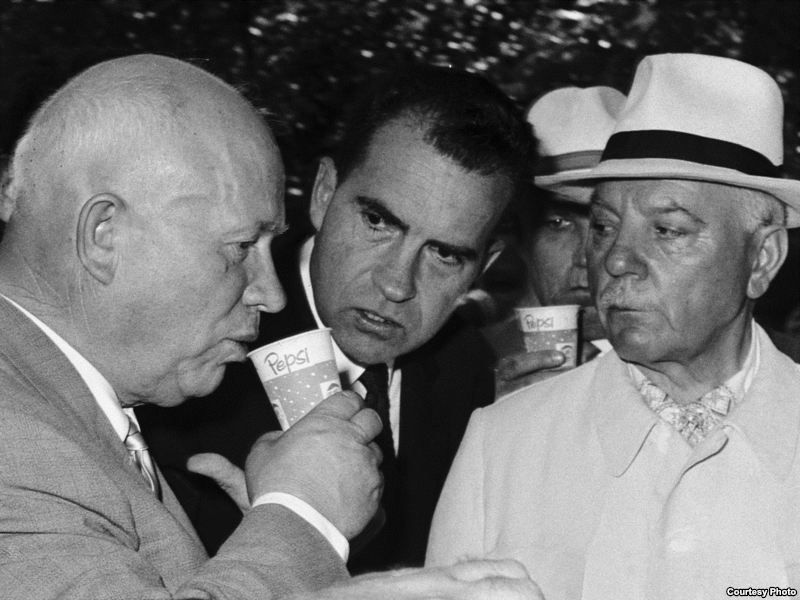 The ruble could not be exchanged for dollars

After the exhibition of 1959, nothing remarkable happened. We have to go to 1972: Donald Kendall was president of Pepsi since 1963 and had been seeking for years to take Pepsi to the USSR. Kendall was a friend of Nixon (who was already president of the U.S.) and tried to play that card. He made use of his political influence to strike a trade agreement to take the drink to the Soviet Union.

In 1972 the deal was almost signed, but an important question came up: How was the Soviet Union going to pay Pepsi? The problem was that the USSR did not have access to foreign currency and the ruble could not be exchanged in the international market. The solution was to pay with vodka! The Soviet government had large amounts of vodka, since most of the brands of that drink were state-owned. So it was agreed that the USSR would pay with Stolichnaya vodka, a brand created in 1901 following the recipe designed by the famous Russian chemist Dmitri Mendeleiev.

This agreement was historical: Pepsi became the first Western product to be sold in the USSR. Moreover, Pepsi arrived to the alcoholic beverages market, as it became the exclusive importer of the famous Stolichnaya vodka for the American market.

Pepsi and its war fleet

In 1989, the initial agreement between Pepsi and the USSR was about to expire and the negotiations to sign a new one began. At that time, Pepsi already had more than 20 factories in the USSR that bottled the drink for distribution. The new trade agreement had a cost of about three billion dollars, and it was obvious that only the exclusivity of Stolichnaya vodka wasn’t enough to pay for it. The USSR still had difficulties in international markets to exchange rubles, so they had to find an alternative method of payment. 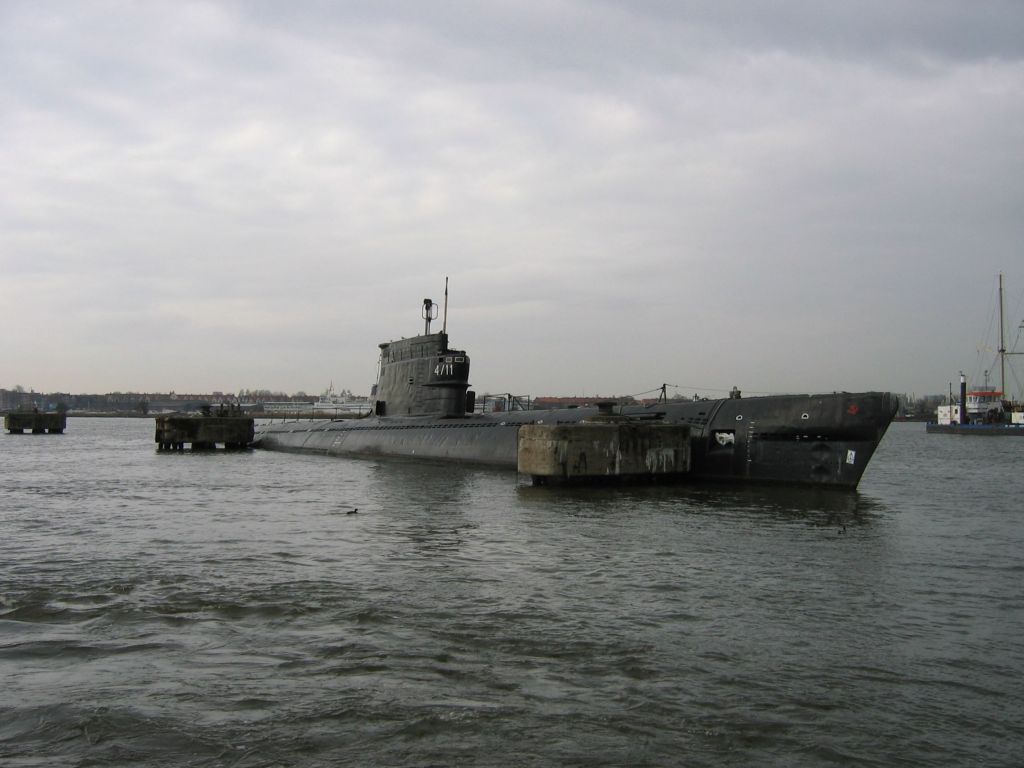 Again the Soviet Union found a solution: if in the 1970s they had plenty of vodka, now in the 1980s they had plenty of military equipment inherited from the Cold War. The USSR offered to pay Pepsi with a fleet of diesel ships. Pepsi accepted the deal because they knew that it was the only way to continue to sell Pepsi in the USSR. The agreement included 17 submarines, a cruiser, a frigate and a destroyer, which were sold to a Swedish company for scrap recycling. Those 17 submarines made Pepsi become, for a few days, the 6th largest military power in the world by number of diesel submarines. The president of Pepsi, Donald Kendall, told the National Security Adviser of USA: "We are disarming the USSR faster than you".