This week is full of fascinating events in Russian and Soviet history. We will read about the attempt to unite the Catholic and Orthodox churches, the unification of the Russian monetary system and we will remember the day the USSR announced its capability to launch intercontinental missiles. In the world of technology, we have the first spacewalk in history, the invention of the light bulb and we will talk about the father of aerodynamics. In the cultural venue, we will remember that day the Moscow Art Theatre was born. And last but not least, we will read about a collision between a Soviet submarine and an American ship that could have started a serious conflict.

The USSR is now nuclear

On March 16, 1962 Nikita Khrushchev publicly announced the capacity of the USSR to launch nuclear warheads to the United States, thanks to their intercontinental missile R7. This missile had already been tested in 1960 in response to the American Atlas, but due to its low precision and high cost only six units were assembled until 1968. This missile was used as a platform for sending the Sputnik into space, in addition to different ships from the Vostok and Soyuz space missions. 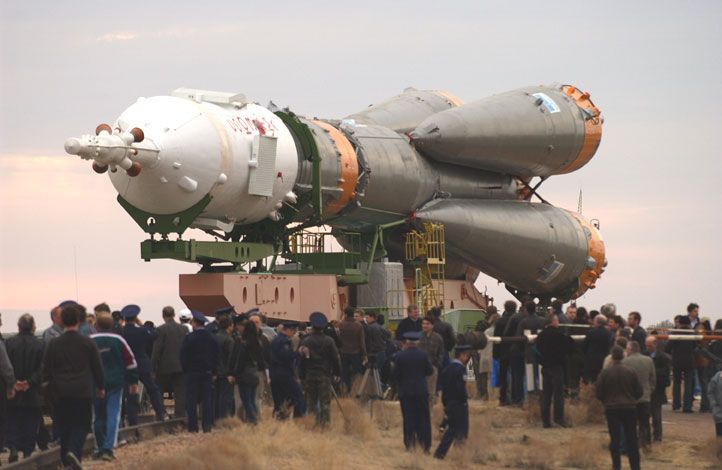 An R7 missile with a Soyuz 2 spacecraft

March 20, 1535: Elena Glinskaya, widow of Grand Prince of Moscow Vasily III and mother of the future Tsar Ivan "the terrible ", undertook the first global monetary reform of the Russian Empire. Elena held power in Russia from 1533 until 1538 as regent while her son was still too young to rule. It was during that period of regency that she implanted in the country a unified monetary system that used silver coins.

Isidore of Thessalonica, Bishop of Kiev and Moscow, returns from the Council of Ferrara (Italy) on March 19, 1441. He carried with him an order from Pope Eugene IV to unite the Catholic and the Orthodox churches. Because of this project, he lost his title of Bishop and was sent to prison. He managed to escape and flee to Rome. There, he was sent to Constantinople, where in 1453, he saw how the Ottoman Empire took the city and conquered what was left of the Eastern Roman Empire.

In a restaurant in Moscow on March 22, 1897, Russian theatre directors Nemirovich-Danchenko and Stanislavsky meet to found the Moscow Art Theatre. It was a theatre company created as a venue for naturalistic theatre that still works today. Of the two founders, Konstantin Stanislavski is the best known, as his study on the interpretation, known as Stanislavski method, is a learning method used today, over one hundred years after its first publication. 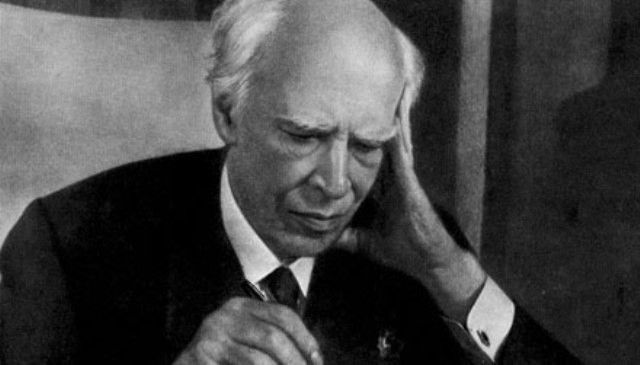 Invention of the Light bulb

March 23, 1876: Pavel Yablochkov patents the first electric bulb, which was known as Yablochkov candle. It consisted of electric arc lamps with carbon blocks. The first places that used this invention were the Grand Magasins department stores of the Louvre in Paris and the Victoria Embankment in London.

Cosmonaut Alexey Leonov made the first spacewalk in history on 18 March 1965. He stayed 12 minutes and nine seconds outside the Voskhod-2 connected with the ship by a 5,35-meter belt. At the end of the spacewalk, Leonov's suit had inflated so much that he could not re-enter the airlock. He had to open a valve to allow some the suit pressure out until he could fit into the capsule’s entrance. 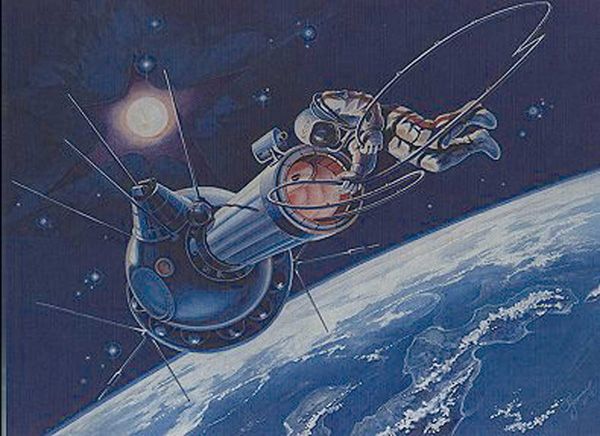 Picture of Leonov during his spacewalk

On March 17th, 1921 Nikolai Zhukovsky, father of modern aerodynamics and hydrodynamics, dies. In 1902 he built the first wind tunnel and in 1904 established the first institute of aerodynamics in the world. In his honour, several aerodynamics theorems are called after him, as well as a crater on the Moon and a city.

The U.S. aircraft carrier Kitty Hawk and the Soviet nuclear submarine K -134 collided unintentionally in the Sea of Japan on March 21, 1984. The submarine surfaced right before the American ship, which could not dodge it. None of the ships suffered any severe damage, although one of the propellers of the submarine pierced through the aircraft carrier’s hull.