Last week we saw that the Salyut space missions, launched by the Soviet Union in the 1970s and early 1980s were greatly successful. With no opponent in sight, it seemed as if the space race was a game with only one competitor. But the cost of each mission made the Soviets look for alternative projects.

The birth of the MIR

Since 1976 Soviet scientists had in mind the possibility of a higher capacity space platform for their projects. Their Salyut stations were being pushed to their technological limit and, although the American Skylab never worked properly, its concept seemed the way to go to achieve a stable base in space.

And so, ten years later, on 20 February 1986, the first of five modules for the future Mir space station took off. On March 13, two Russian cosmonauts performed a spacewalk that would never repeat itself: once they were attached to the Mir module, they went out into space to go to the last Salyut station left in orbit, Salyut 7. After gathering 400 kg of equipment, they returned to the Mir, where they connected everything, so it became a fully operational space station. 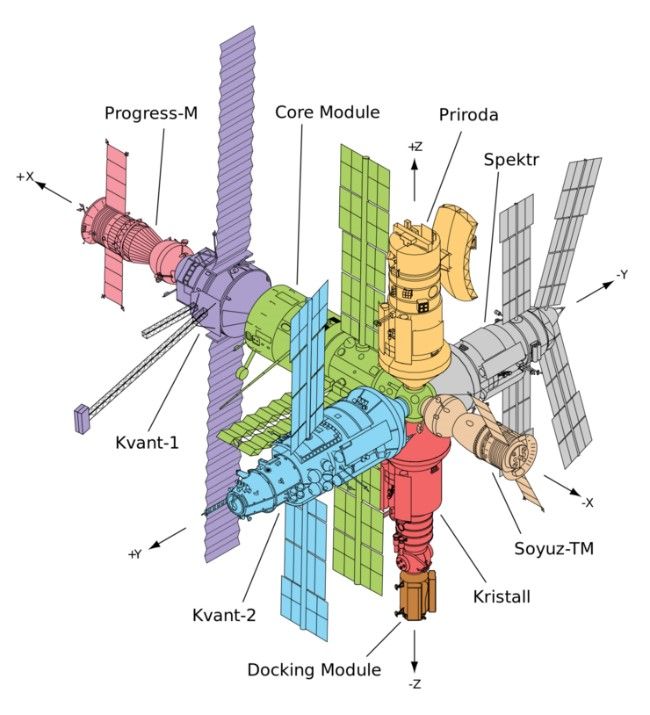 The station was available to scientists to conduct experiments and research. Among the numerous studies that took place over the years, were the study of X-rays in the Universe and the effects of weightlessness and cosmic radiation in humans and animals. Also, different devices were created such as a self-propelled chair for extravehicular activities or a solar sail capable of propelling a ship.

The station was used only by Soviet cosmonauts until 1992, when the "Mir-Shuttle" program started. This project consisted of visits to the Mir from U.S. astronauts so that the Americans could learn from the Russian experience in space. The main reason for signing this agreement was an economic one. After the Soviet era, the budget for the Mir space station decreased considerably and in 1992, the station had exceeded its estimated lifespan and required major repairs. In 1995 the station became available to various international projects, especially from the European Space Agency (ESA) and the Japanese counterpart (JAXA). 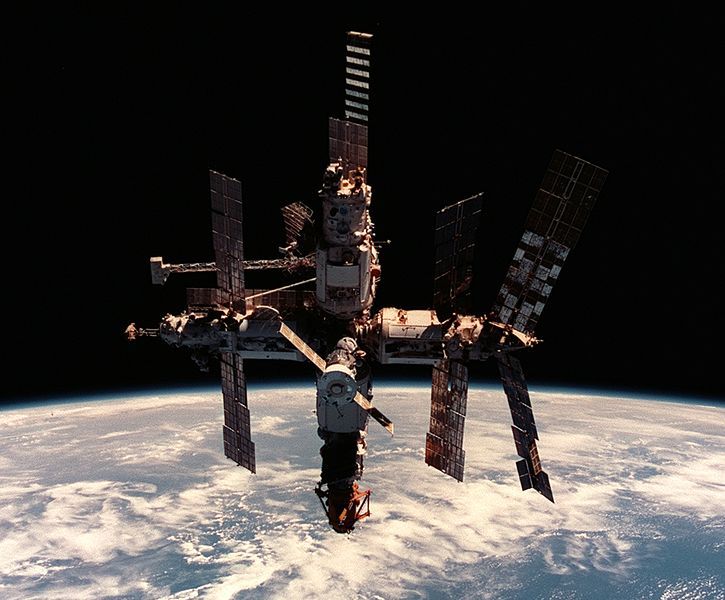 Problems on the MIR

The station suffered further deterioration and several mishaps due to both mechanical and human errors. And in 1997, a Progress cargo spacecraft collided with the Spektr module during testing of a new approach and docking system. After the crash, one of the solar batteries was damaged, and the Spektr module was exposed directly to the vacuum of space. The next group of cosmonauts sent to the station, were specially trained to repair it. After that, other crews continued fixing the module, but they never managed to completely close the air leak. This crash marked the end of the Mir. The United States decided to withdraw from activities on Mir for lack of security for its astronauts and focused on the project of the International Space Station (ISS). Russia kept the Mir in orbit for a few more years, but their activities were minimized, until the year 2000 when the station was guided to into Earth’s atmosphere. This occurred on March 23, 2001 when Mir re-entered the atmosphere and landed near Fiji. The Mir station had been designed to last 5 years and eventually remained in service for 13 years, and was visited by 104 cosmonauts and astronauts from 12 countries. 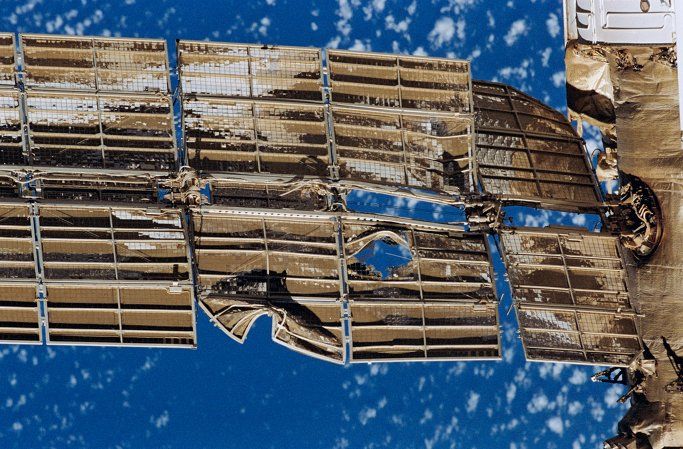 A Mir solar panel after the crash with Progress spacecraft

After the Mir, Russia planned to launch into space Mir 2, which in fact was a project designed almost since the first Mir module had been launched in the 1970s. But due to economic reason, plans changed and what was going to be Mir 2 became the core of the International Station. Currently, the ISS has 6 American modules and five from Russia. It also has the European Columbus module and the Japanese Kibo module.